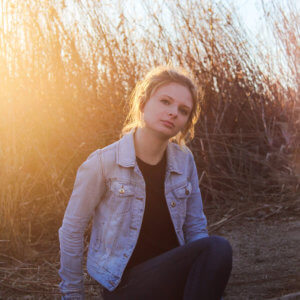 Where do you work and what makes your role awesome?

I work at Astronomy magazine, which is owned by Kalmbach Media. I’m currently an Editorial Assistant for Astronomy, which is super cool because we have this amazing international magazine so close to home! I also get to write for Discover Magazine, which is our sister publication (located just across the hall from Astronomy). I’m constantly writing and reading stories that affect people all around the globe. Plus I get to work with some of the smartest people I’ve ever met!

How long have you lived in MKE & what brought you here?

I’ve lived here for about four years. I came for college, but I knew since I was little that I was going to live in Milwaukee eventually. My mom’s family is from here and she always called the city home. She still does. It kind of felt like I was coming home instead of leaving home when I came here.

What is one word that you would use to describe MKE?

If you could create one thing in MKE, what would it be?

This may be ambitious but I would love to create a major music magazine based out of Milwaukee. For one, I think Milwaukee is this city that full of different sounds and it’s really making its way as a music city in the Midwest. I think we need more people to write about what’s happening here and how this city reflects bigger trends in music.

What is your biggest hope for this city?

For it to stay weird. I love the energy of Milwaukee. I love that people aren’t scared to be creative and themselves. I think the most creative minds are a bit weird, and I hope we keep that energy up.

What is your favorite MKE tradition?

Not telling people the Safe House password. I also love telling people the wrong password, and then watching them get mad at me because they were so sure I gave them the correct one. You usually have to buy your friend a beer to make up for it after.

What’s your favorite hidden gem or secret fact about the city?

It might not be super hidden, but driving northbound over the Hoan Bridge at any time of day is spectacular. Driving across at night is probably my favorite, when the city is lit up and it just feels alive.

How to Avoid Job Phishing Scams